The statewide disaster declaration comes as Burgum, Agriculture Commissioner Doug Goehring and other state officials planned to attend meetings today with local officials, community members and agricultural producers in Fargo, Grand Forks, Jamestown and Fessenden to hear firsthand about the potentially devastating impacts of the unusually wet weather and to share information about the state’s response, including gathering information for possible requests for a USDA secretarial disaster designation and a presidential disaster declaration.

“There’s an economic hardship that we’re facing here relative to this fall’s harvest that is likely unprecedented,” Burgum said during this morning’s meeting at Fargo City Hall with Fargo Mayor Tim Mahoney, Cass County Commission Chair Mary Scherling, West Fargo Mayor Bernie Dardis, dozens of other local, state and federal officials, representatives of the state’s congressional delegation, community members and area farmers. “We have a whole team of people across the state who will be activated as part of our whole-of-government approach.”

“This is a challenging time for many of our agricultural producers across the state,” Goehring said. “We want to do as much as we can to help assess what the losses and damages are out there and what the next steps will be.” 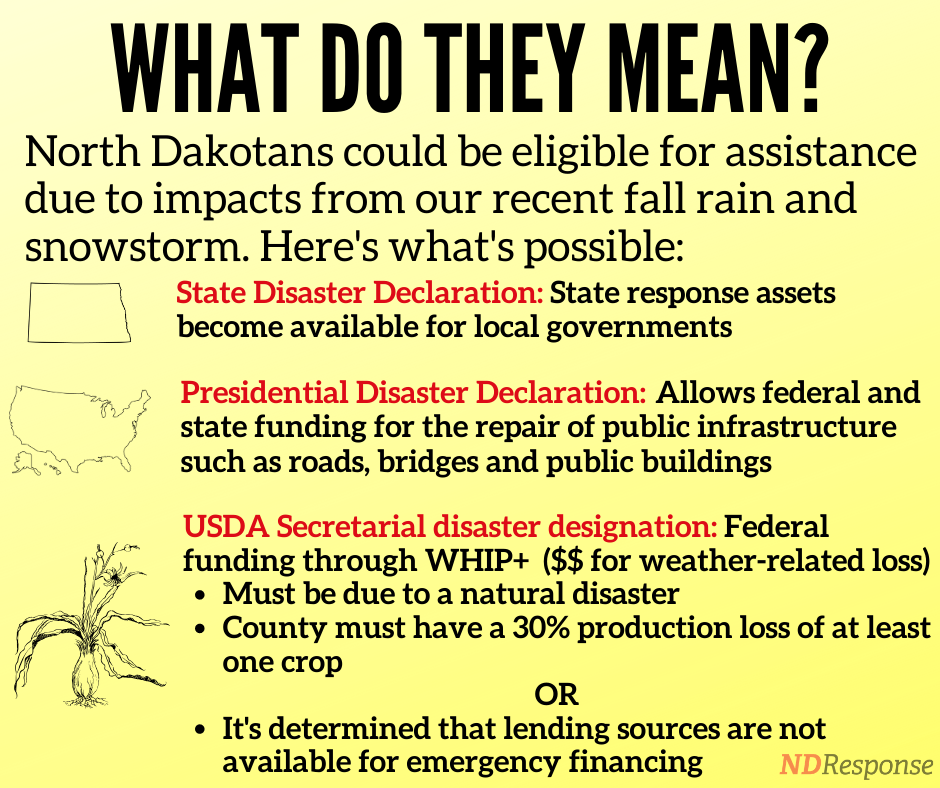