Agency: Office of the Governor

CANNON BALL, N.D. – Gov. Doug Burgum visited the community of Cannon Ball on Wednesday night to meet with and listen to local residents as they shared their concerns and discussed how the state and Standing Rock Sioux Tribe can work together on important issues to create hope for the future.

Residents shared their concerns about the impacts of the ongoing Dakota Access Pipeline protests, explaining how they hosted people from all over the world but now their resources are stretched thin, they feel less safe and relationships with neighbors have become frayed. They also stressed the inconvenience, health concerns and economic hardship related to the closure of Highway 1806 between Cannon Ball and Bismarck-Mandan and their strong desire to see the Backwater Bridge reopened.

Gov. Burgum acknowledged the impacts and was pleased to hear residents reaffirm their desire to vacate and clean up the main protest camp before spring flooding in order to maintain public safety, avoid river contamination and ensure a safe environment, which is key to a phased reopening of the bridge. The governor also said he looks forward to working with the tribe on issues such as education and health care after the pipeline matter is resolved.

“We can’t change the past,” Burgum said, “but we can change the future by how we work together.”

Tribal elders said it was the first time they could recall a sitting North Dakota governor coming to meet with residents in Cannon Ball.

“Just listening and understanding shows that he is willing to work for all North Dakota citizens,” Archambault said. “I commend the governor and look forward to finding solutions with him.” 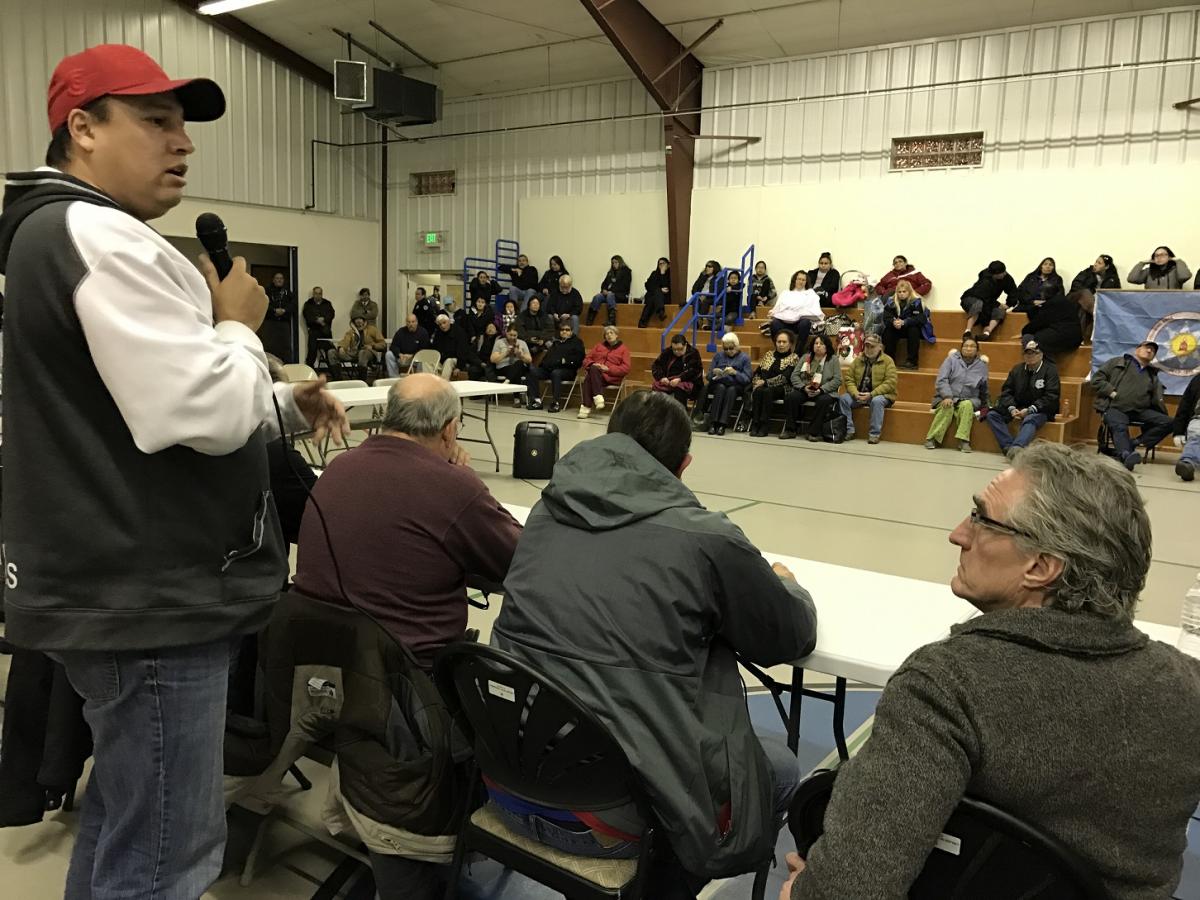